This is an archive of a post I did some time ago on my old website. I am reposting it here so it will live on. Enjoy!

So it has been a long time since my last post… my apologies. I have been working hard on editing my enormous backlog of photos. I had literally thousands of photos that needed to be sorted out, not to mention all the post-production work. If you look through my galleries, you will notice that there are almost twice as many galleries as there were before. Please check them out if you are so inclined. I am finally done with most of my backlog, and seeing as it has been a while since my last serious photo shoot (way too long in fact), I thought I would dive back in with something fun and highly experimental.

I had been experimenting in the past with taking pictures of water in mid-air. I put my camera on a tripod with my 70-200mm (f/4 L) set to 200mm so I could set the camera as far away from the splashing water as possible. I then set up a tripod of bamboo to serve as a target to throw the water over (otherwise you would have difficulty getting anything in focus). I set a high shutter speed and as narrow an F-stop as I could given the available light (for better depth of field) to try and capture the water in sharp detail. I had taken many pictures that I thought were great at the time (it’s been over a year), but after looking back through them with a now more critical eye, I decided none of them were good enough.

Yesterday I decided it was time to really give it a go and see what I could come up with. I got my camera all set up on a tripod just inside the doorway to the building and clamped a 2×4 to the staircase railing outside to serve as my target. Unlike last time when I used a cable release, this time I used one of my radio-triggers inside a ziplock bag, giving me freedom of movement and protecting my expensive gear from the water. After changing into a bathing suit, I spent the majority of the day using a pint-jar to throw water at the end of a 2×4, much to the confusion of all the bystanders. After throwing jars full of water for hours on end, and filling up an 8GB memory card, the sun (my light source) was setting and I was getting pretty hungry, so I decided to call it a day.

After eating dinner, I was looking at the images I had taken, and really wanted more contrast. I liked the images, but in many of them, the sky was distracting from the subject matter. I decided I would throw some more water, but this time use a strobe to illuminate the water, giving me a completely black background and highlighting the subject. I set up my camera as before and clamped the 2×4 to the railing. I then went about creating a Frankenstein lighting contraption that I could clamp to the door. With one of my strobes, a radio trigger, a piece of wood, a few screws, an enormous zip-lock bag, some ball-bungees, and some quick-grip clamps, I made my super professional-looking “waterproof clip light”… awesome. After several more hours of throwing water at the end of the 2×4 and a now sore back, I had amassed another 4GB of images. Counting the number of buckets of water I used over the course of the day, I figure I threw over 100 gallons of water at the end of a 2×4… anything for art, right?

Coming back to my studio today, I went about the task of sorting and post-production, narrowing 1038 images down to 19 of my favorites – such is to be expected when you have such an experimental process. While the day and night images have decidedly different looks, I think the feel of the images is similar, and so I am including them all in the same series. I call the series “Throwing Water”. Let me know what you think. 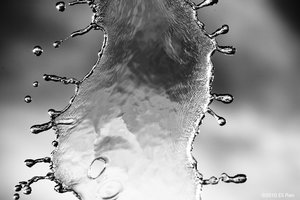 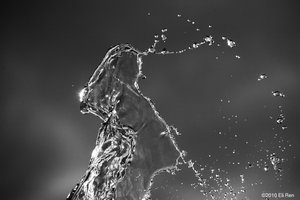 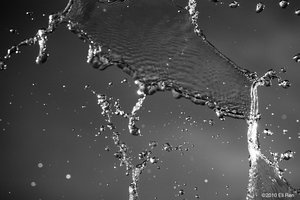 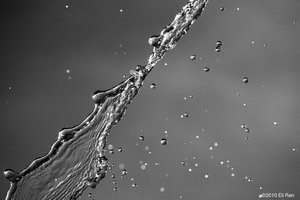 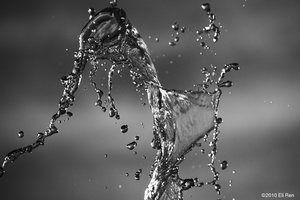 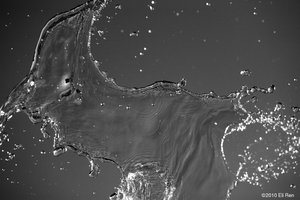 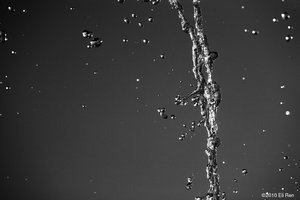 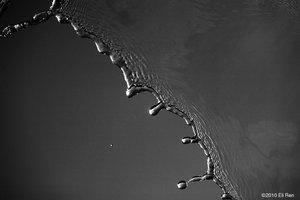 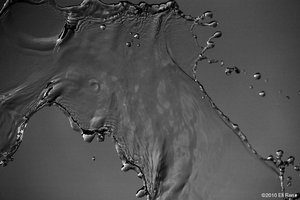 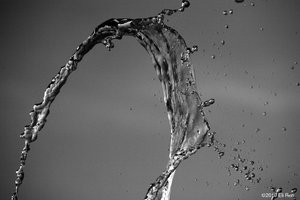 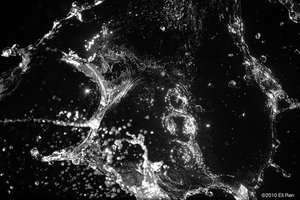 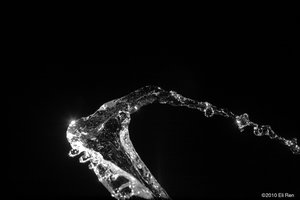 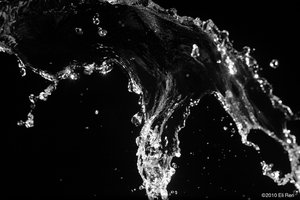 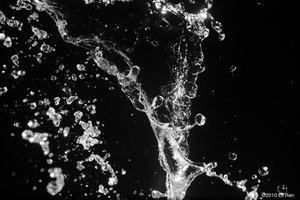 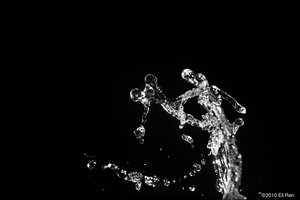 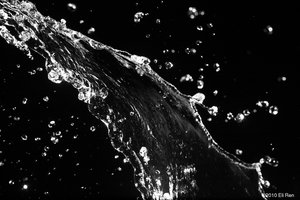 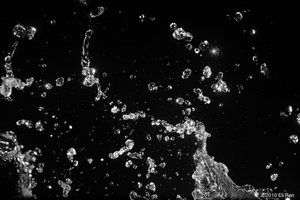 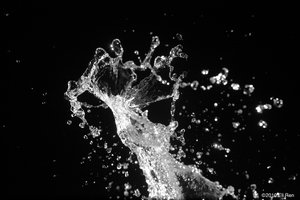